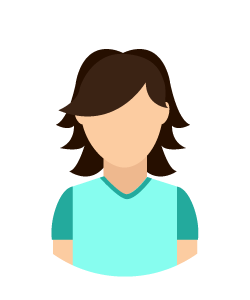 Kitchens are often described as the heart of the home. They're generally the centre of family activity and a space to entertain guests in as well as prepare food. Unfortunately, sometimes their central location can mean that they are somewhat lacking in natural light and may feel like dark and closed in spaces, even during daylight hours. Having a bright, light and airy internal space is important in modern homes, particularly in the kitchen. Read More
Installing new garage doors can go a long way in increasing the kerb appeal of your property as these doors take up a considerable amount of space. Nonetheless, some homeowners will not pay much attention to what doors they buy when they need to replace their garage doors and merely base their decision on their budget rather than style. Traditional garage doors that are characterised by having upward rolling horizontal panels may be the ubiquitous option, as these garage doors are cost-efficient and blend in with a majority of house styles. Read More
Progress may be slow, but the world gets more eco-friendly by the day.  Industries of many kinds are forced to follow society's moral lead by abandoning unsustainable practices, cutting carbon footprints and generally trying its best to reduce humanity's impact on the environment.  Whether these are actually ethical decisions or simply smart business moves is debatable; either way, the effect is that many products and services in a whole range of industries are having to change to move with the times. Read More
If your roof is quite old and is starting to show visible signs of deterioration, it's worth hiring one of your local roofing contractors to replace it. Read on to find out why: It could make it easier for you to sell your home in the future If you plan to sell your current home at any point in the future, it might be a good idea to have the roof replaced. Read More
If you are planning on upgrading your commercial network with new data cabling, you must consider some factors before beginning the project. One of the most critical issues that you must address is the network bandwidth. In general, the bandwidth determines the amount of data which can be transmitted through the cabling at specified speeds. Without proper planning, you will end up with a network which cannot efficiently meet the needs of your commercial applications. Read More